It would not be unusual if you were wondering. .oO (What’s the da6d Daily Ramblin’ going to be about today?) I was just wondering the same thing.

Someplace, somewhere, in a collection of some sort is the toilet seat that Elvis was sitting on when he died. It’s probably at Graceland somewhere in a private bathroom kept closed to the public. It’s just weird that such a thing exists.

Dead people, U-Hauls, and Forrest Gump. That’s what’s on my mind today. Elvis Presley and Nathan Bedford Forrest, both dead, but only one recently went on a road trip! (Not Elvis.)

Forrest Gump said everything he had to say about the subject.

“They'd all dress up in their robes and their bedsheets and act like a bunch of ghosts or spooks or something. They'd even put bedsheets on their horses and ride around. And anyway, that's how I got my name, Forrest Gump. Momma said that the Forrest part was to remind me that sometimes we all do things that, well, just don't make no sense.”

In recent news: The remains of Nathan Bedford Forrest and his wife were exhumed from Health Sciences Park, Memphis, TN, and moved to the National Confederate Museum in "I Don't Give a H_ck," Tennessee. A large equestrian statue above the gravesite had been removed in December of 2017. 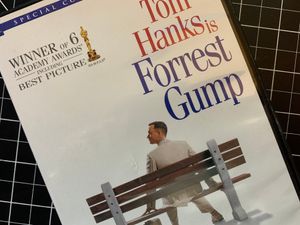 Flushed down the toilet.