NASA scientists have received a radio transmission from the far reaches of the galaxy. Interstellar communications from intelligent life elsewhere in the Universe. NASA is still trying to determine the exact origin of the message. There are no clues, and nothing in the message that reads “Nice Handbasket.”

What do aliens know that we don’t? I think aliens have planet Earth on some version of Nickelodeon™ TV. That’s serious. FOX Network, totally hilarious.

June is not the only “Awareness Month.” There are eleven more months with lots of awarenesses. Soon, we start off July (July 2nd) with UFO Awareness Day. That date commemorates the UFO crash in Roswell, New Mexico (1947). I wonder what the aliens were looking for, Mayberry? 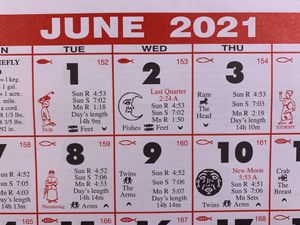